The island of Ioannina lake is located on the northwestern side of lake Pamvotis.   Its western side is full of water plants (marses, reeds), while the rest of it is rocky and covered with light forest for the most part.  The small contemporary settlement of about 110 houses has existed since the 16th century.

Currently, the settlement has been declared a monument of unique natural beauty, and its monasteries are protected by law.   Its population, according to the 2011 census, is 219 inhabitants. The island of Ioannina had been a place of recreation for the inhabitants of Ioannina, who came here in winter for hunting and in summer to enjoy the most pleasing air. 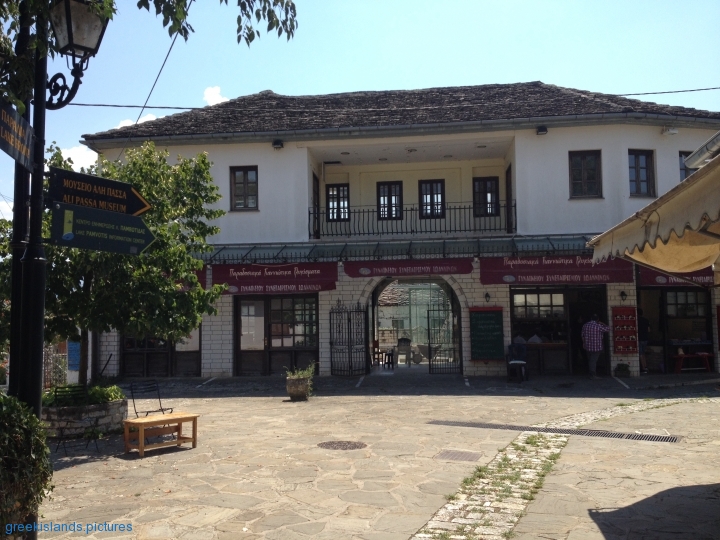 Historical elements of the island of Ioannina lake

Human presence on the island is documented historically and archaeologically since the13the century. After the conquest of Constantinople by the Crusaders in 1204, aristocratic families took shelter in Ioannina and founded the first monasteries on the island. In 1291/2, Michael Filanthropinos founded or restored the Filanthropinos monastery of Saint Nicholas on a rocky barrow near the settlement on the western side of the Island. Around the same time, another monastery dedicated to Saint Nicholas was founded nearby by the Stratigopoulos family.

On the eastern side of the island, the Hermitage of Saint Panteleimon is mentioned in the 15th century. The church and the monks’ cell were destroyed by a rockfall and were reconstructed. On the same side of the island, the brothers and hieromonks Nektarios and Theofanis Apsaras founded in 1506/7 the monastery of Saint Ioannis Prodromos (Saint John the Baptist).

This golden age continued into the following centuries, owing to the rich donations by local guilds, renowned local or abroad citizens of Ioannina. Many monasteries were restored or had their wall paintings completed. New ones were founded: the monastery of the metamorphosis of Sotiros(Transfiguration) on the southwestern side of the island, the monastery of the Prophet Elias on top of the piney hill, and the church of the Koimesis( Dormition)of the Mother of God in the center of the settlement.

The monasteries of the island were never cut off from the city of Ioannina and its religious, intellectual, and artistic activity. The monasteries were critical scholarly institutions where remarkable libraries and important seminaries functioned.

The settlement of the island was built in the 17th century, and according to an unverified tradition of the inhabitants, the first inhabitants came from Mani in the southern Peloponnese. At the time of Ali Pasha, the island broke down / declined due to the significant taxation imposed. At that time, the monasteries were almost abandoned. In 1820 Ali Pasha broke up with Sultan Mahmoud II, with the result that Hurssit Mehmet Pasha was sent against him, who besieged Ioannina. Ali had placed a guard of a thousand Albanians on the island, with the result that it was bombarded by Hurssit and suffered great disasters. In January 1822, while Ali Pasha was defeated, he resorted to the island, to the monastery of Saint Panteleimonas, where he was assassinated on 17 or 25 January.

Today the island of Ioannina lake relies mainly on tourism development. The island’s main attractions are the restored monasteries and the Ali Pasha Museum, housed in Agios Panteleimonas. 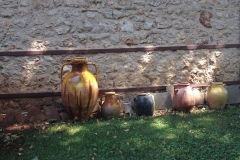 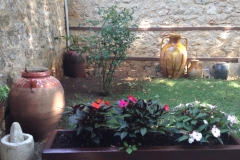 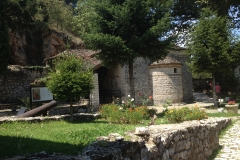 In the museum’s main building are exposed objects related to Ali Pasa and items associated with his rule (1788-1822).  In the second room of the Museum, there are relics of the Greek revolutionary period (19th  century). The visitors to the museum’s halls will have the opportunity to admire unique artworks by silversmiths from Epirus, traditional costumes, a representation of a winter living room, paintings, etc.

In the cells of the Panteleimon Monastery, Ali Pasha kept a country retreat and was killed there in 1822 by the emissaries of the Sultan.

The showcases of the museum are placed in unique historical relics like the golden gun of Ali Pasha(1804). The silver dagger of a national benefactor name was Apostolos Arsakis (1813), the original clothes of Kyra Vasiliki.    Ali Pasha and the curtains’ famous long pipe are embroidered with the Sultan Mahmud the Second (1808-1836).

The outside space of the museum is surrounded by caves that hosted sacred personalities like Saint Sava(15th century), Saint Theofanis, and Saint Nektario, who were the Apsarades founders of Meteora (15th-first half of 16th century) and many others.

The visitor can admire the Byzantine monuments with a historical significance:

Monastery of Saint Nikolaos of Philanthropenoi:  Built-in 1291 or 1292 and it is the oldest monastery on the island.  It is located south-east of the island’s settlement.

Monastery of Saint Nikolaos Ntiliou:  Located south of the Monastery of Agios Nikolaos of Philanthropenoi, as it was built shortly after.

Monastery of Profitis Elias:  Located in the highest point of the island, it was built possibly during the 17th century in one oldest church.

Monastery of Metamorphosis of Sotiros: Located in the southwest part of the island, built possibly at the beginning of the 17th century.

Monastery of Saint Panteleimonas:  Located near Monastery of Prodromos. Ali Pasha was murdered in this place.

The Village settlement of the Island of Ioannina lake

It was declared a traditional settlement built following the conventional Epirotic architecture with stone houses and slate roofs. It is located in the north part of the island. 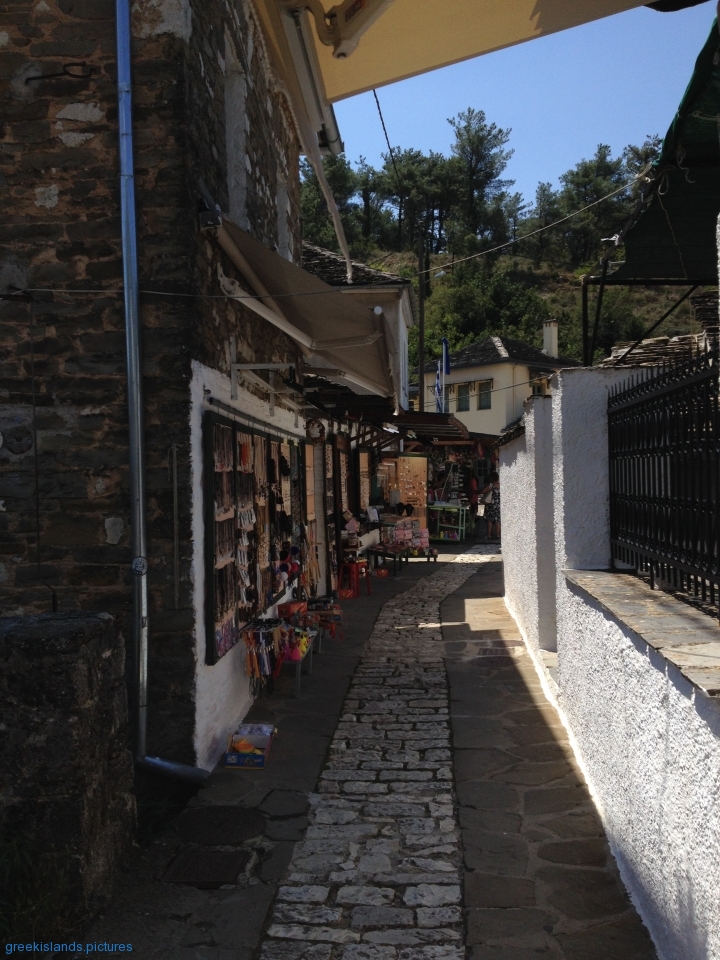 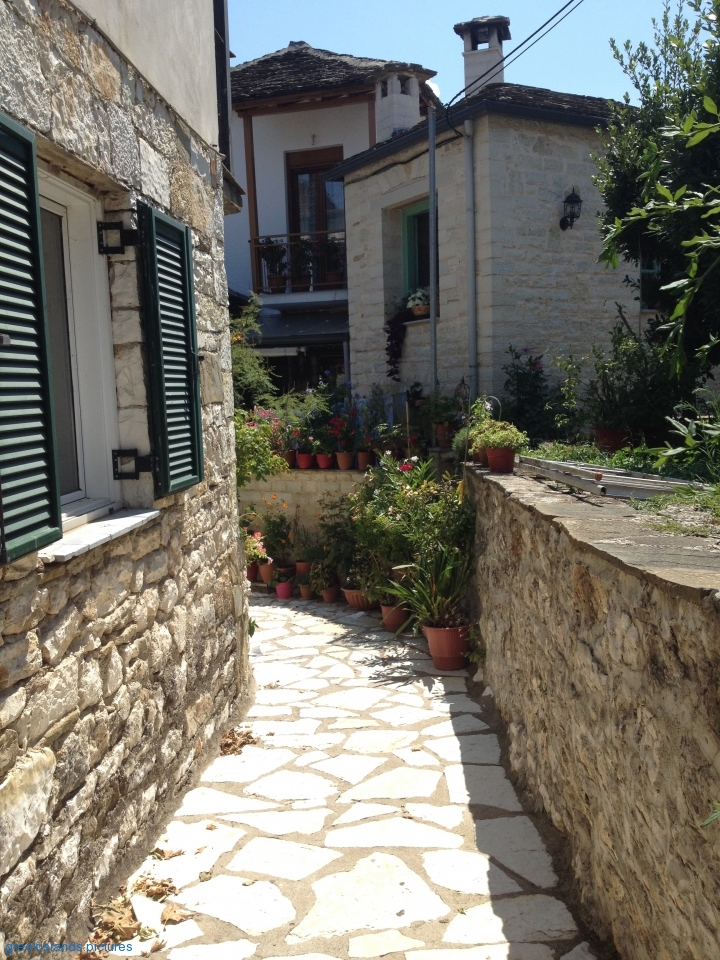 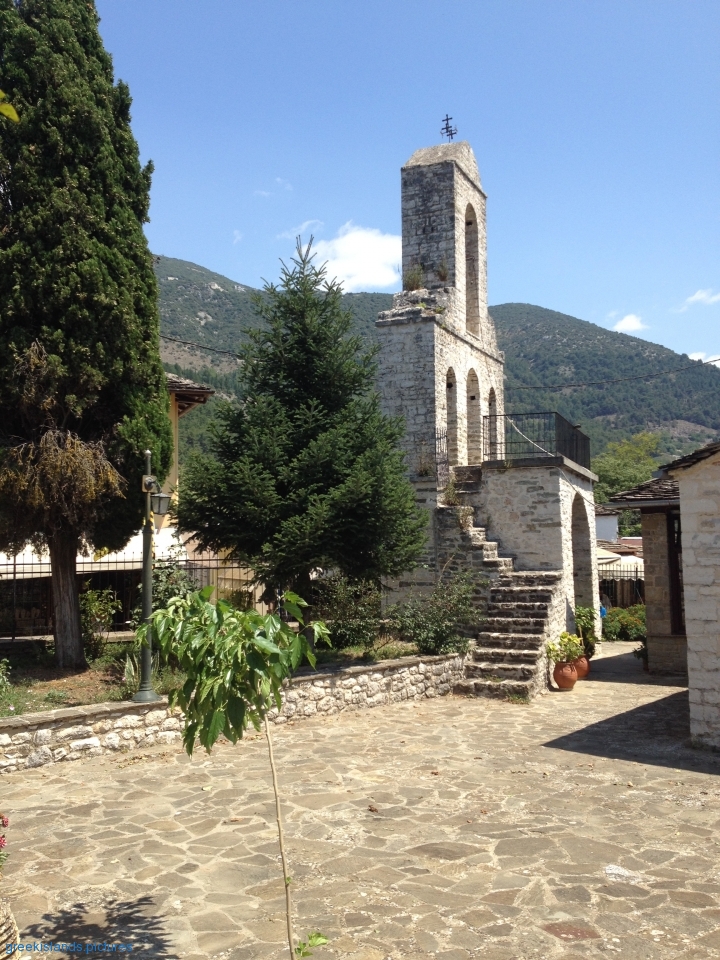 Church of Koimisis (Dormition) of the Mother of God

(center of the island settlement). 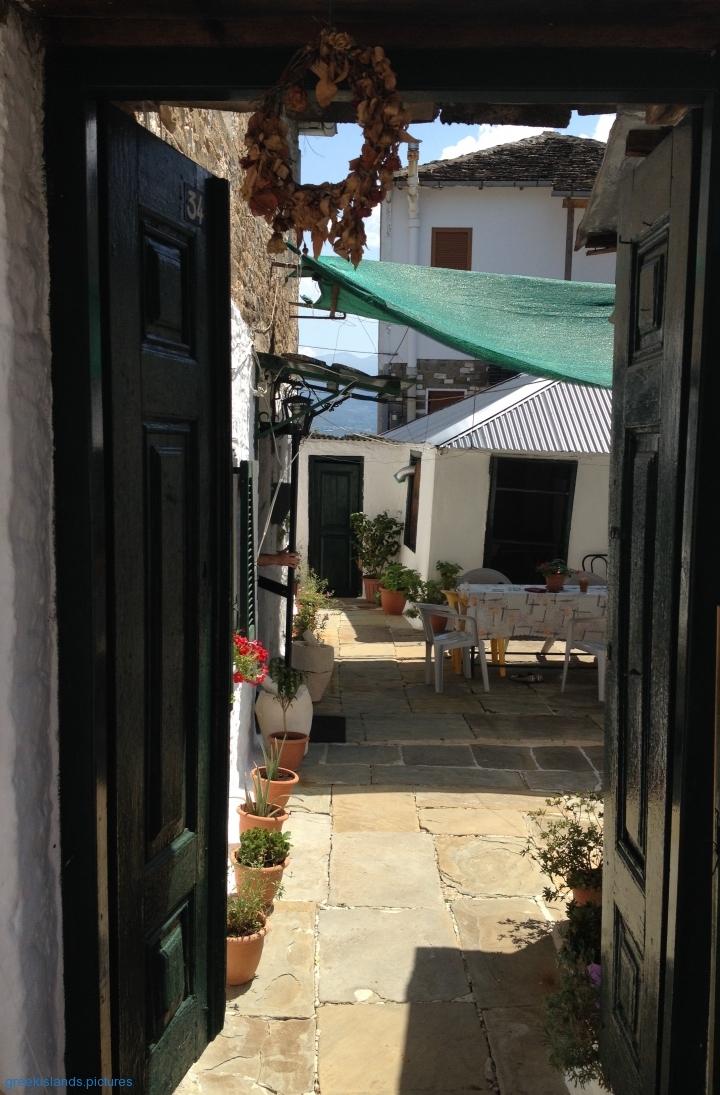 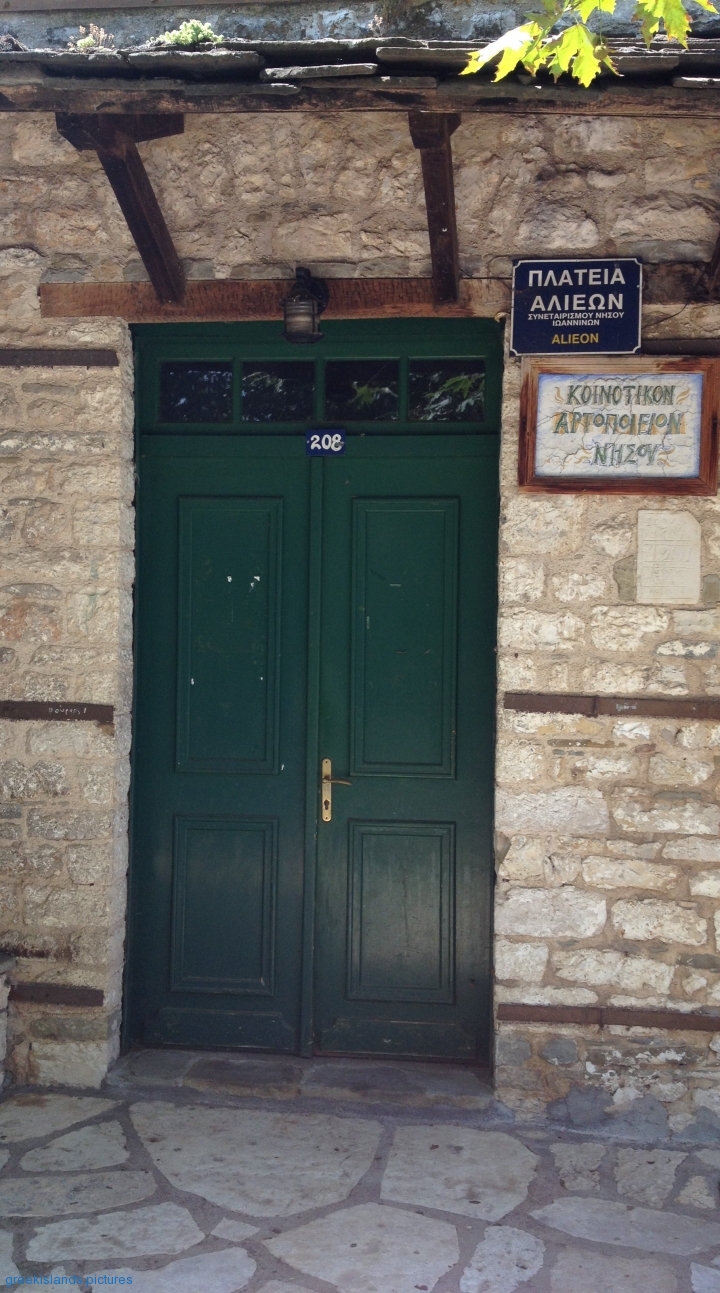 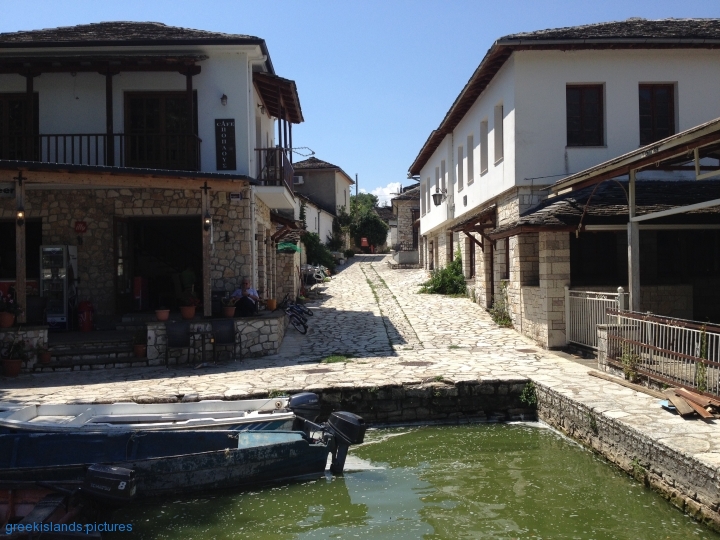 Make a stop for a local drink (tsipouro) in the beautiful square of the village under the old plane trees,  and take a stroll to folk art shop folk art shops. 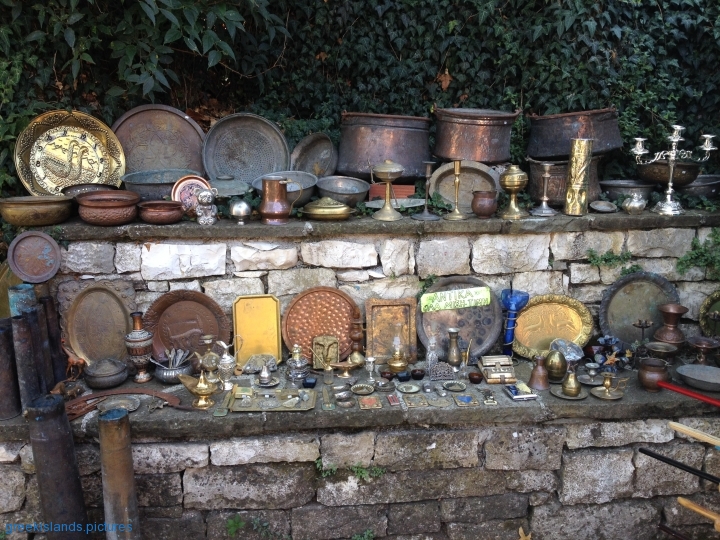 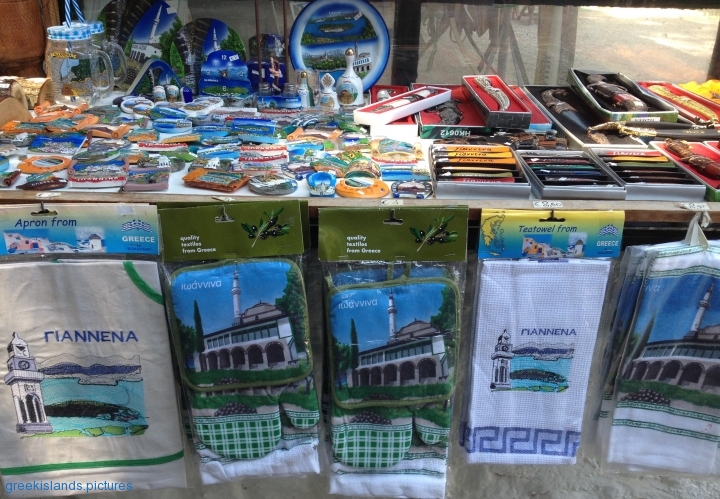 Guests can sit in the taverns and taste local frogs’ specialties. Fried frogs, eels, trout, and carp attract those who enjoy particular tastes and gastronomic delights. 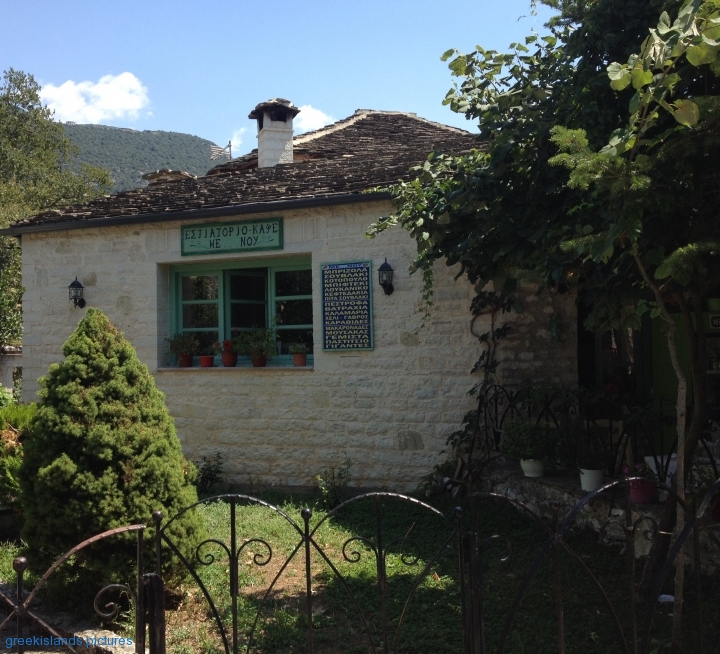 The visitors may buy or taste traditional sweets such as ” gianniotiko kantaifi,” “baklavas,” “tsoubeki,” “nifiatiko,” “pasteli,” souvenirs, and drinks before they take the return boat to the city. 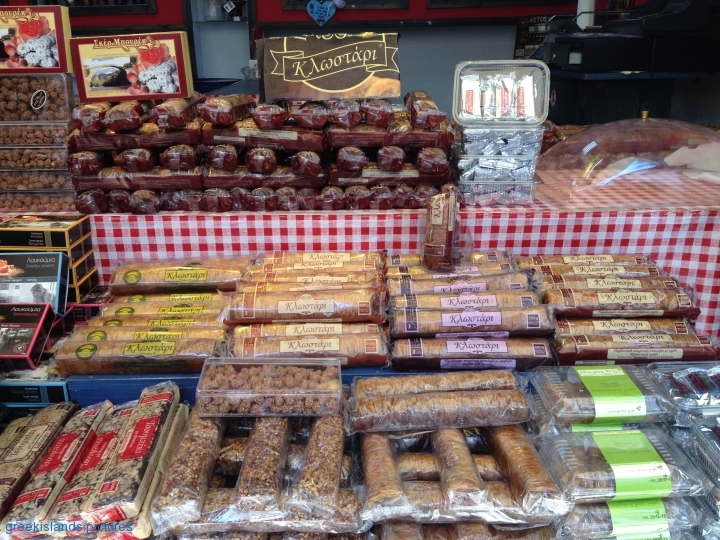 How to get there

The island is connected with Ioannina with frequent ferry boats that carry many visitors. Daily boat ships depart from the pier and reach the island in 10 minutes. 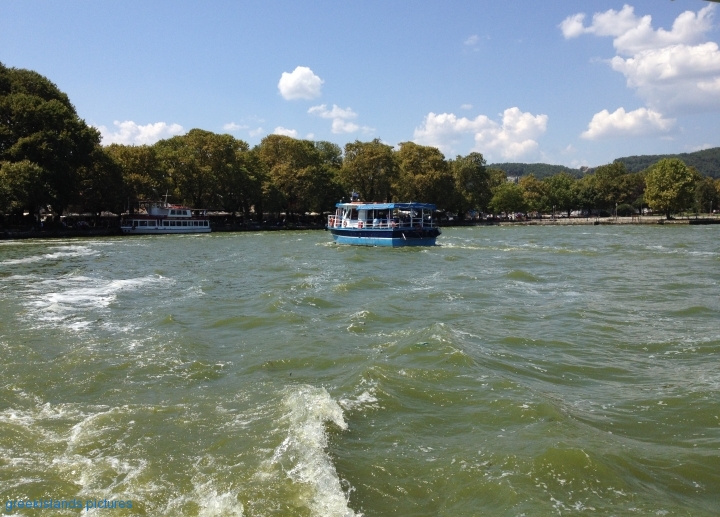 Boats to the Lake of Pamvotida